Essentially, they were just bands of iron or leather placed on wooden wheels of carts and wagons. Remember, at this time, carts and wagons were the transport of the day. Tyres evolved side by side with the automobile and the two go hand in hand. In , the first gasoline car appeared. It was equipped with metal tires covered with rubber and filled with air. It was unique as nothing of its type had existed previously. The masses went crazy because it was seen as revolutionary. From , it became used regularly and it was even featured in an automobile race from Paris to Bordeaux in France.

In , more than 50 years before the first rubber tyres appeared on cars, Goodyear patented a process called vulcanization. This process consisted of heating and removing the sulphur from rubber, which made it waterproof and winter-proof too. It also allowed it to retain its elasticity. Richt Oct 15, at I got one flat the whole season this year, and that was from a piece of glass on the trail slashing my tyre Jhou Oct 15, at That only time when I get a flat withtubless is whe.

Who are these people? The obvious answer is too low tyre pressure but I have a hunch that a lot of people are running their suspension much too soft causing most of the suspension travel to be "used up" during mild g-outs or landings. Then they're pretty much riding a hardtail with 27psi in the back tyre. Jhou : haha, I'm lucky to get a week without flatting tubeless.

Either burping it in corners or off rocks yes, even with over 30psi or just cutting the tyres. Tubes suck, they just suck less than tubeless for me. Socket : run thicker casing tyres then. I can get away with psi at 83kg, not riding slow, if I run DD tyres. EXO casings were giving me flats every single ride. 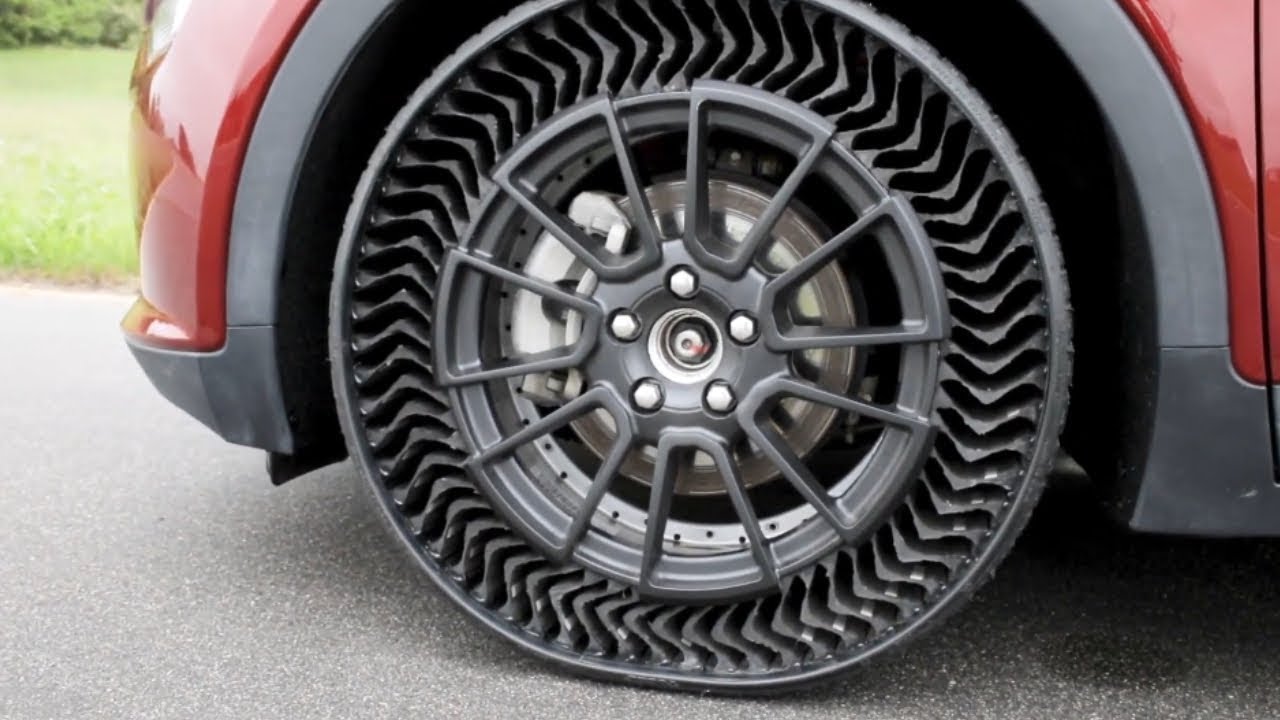 Poulsbojohnny Oct 15, at New to tubeless and apparently I'm doing it wrong. Because at lbs, I didn't manage to cut my sidewall in Bend on the nice rocks there, or pinch flat on jumps, or anything. Moving into the wet back home PNW , I dropped the front to 20 the other day. Still no flat.

What can I do to make it so I need to buy these inserts and add a bunch of rotational weight to my bike?

Poulsbojohnny : Riding at a slightly above average speed or ability should do it. Just for the record I don't get flats either. Any lower and casing-squirm that makes me feel sick in corners. DD or SuperGravity at a minimum, these issues still persist. Sometimes even DH casings, but they completely suck to climb with then, and they still burp anyway. Then when you inevitably do flat it, it's a huge mess to deal with on the trail. Either this doesn't happen to anyone else cos I'm an outlier due to being just so big and strong and fast seems unlikely - I'm big but not huge, not very strong, not exactly WC fast either or it does happen to lots of other people and they're basically in denial about how annoying it really is, I'm not sure which is the case.

Tubeless still ranks lower than a triple chainring on the list of things I want on my bike right now, and believe me, I really am no fan of tubes either. It's just the marginally less bad option. Socket : What rims and sealant are you running to have so many problems? Serpentras Oct 16, at Poulsbojohnny : ha dude you don't smack roots and rock's then.

I prepare my rear tires with 35 or more psi for my lbs with full gear. Because I have enough grip if I going fast and I don't Buckle or Bend my rims if I just land on a massive root or stone after a jump on real singletrails or just going fast over anything. Yesterday I just hit a big boulder because I was to close to the rider Infront of me with 35kph and the rear wheel now got the first dent.

This rim was superb for One year and miles. I am cheaper with the replaced rim then this tire insert nonsense and I had also no flat.

Early Pioneers of the Tyre

BornOnTwo Oct 16, at Socket : Dude where do you ride? I will make sure to avoid that area, seems like you ride on glass and razer blades. Or you can run more pressure, you know most tires can handle 60 psi and yes some guys run that with success. JohanG Oct 16, at Socket Oct 16, at Rims, tried with many over the years, from Mavic DH rims back in the day s, s, s , WTB rims which are easily outlasted by any tube, tyre, or condom Ibis carbon super wide things, DT EXs and Ms plus a few others I can't recall right now. Same result every time - they just burp too easily in corners or when pinging off rocks.

It's usually not from cutting the tyre although that has happened a couple of times, definitely on the EXO tyres I tried , it's just that they burp at any reasonable pressure ie under 35psi and once they do that, they constantly have a slow leak that requires pumping up every ride.

With that said, haven't tried any tyre inserts since I gave up on tubeless before they became a thing. Maybe it's worth the weight penalty, but they're even heavier than just running tubes, and since you can't really just offset that by running lighter casing tyres since the Exo ones just get slashed anyway, I've never really been tempted to. I'd love tubeless to be what it's claimed to be because like I said, tubes suck, but it's just never worked for me.

JohanG lbs and raced DH for about 10 years. Certainly not the best or fittest rider in the world but also far from the worst. In reality anything much above 30psi becomes really quite harsh, at 40psi grip is severely compromised. Honestly, think about what you're saying. Well not if I want the rim and tire to survive and it not to roll in the corners. Just physics and the fact they design tires around racers that are about 20kg lighter I think. Not using wire bead tires are you? I tried one once and it was burp city totaly useless.

Had no grief with folding bead.

And I find hookless rims less burpy than hooked. Wanna avoid Easton arc then, got some last year and getting ready to chuck them, having strange burp problems with them when I shouldn't. Never really considered that as a point of difference but fair enough. I find I need at least 35psi to prevent burping, but about is enough to prevent noticeable rolling in corners most of the time.

The hookless super wide Ibis s did the best job out of everything at preventing burps, but even they let go now and then on hard square offs. Maybe it's just right on the limit of failure for most riders most of the time, and I happen to be just the wrong side of that limit too often. But then there's all the crap with having to clean the rim out each time you change tyres, the needlessly brittle rim tape that breaks or leaks or pushes into the spoke holes or comes unstuck, the mess, the clogged valves, etc etc.

Net negative for me.


BornOnTwo Oct 17, at Socket : Hey trying to help, your problem is you get flats, I gave you a solution that will also have downsides like less grip and a harsher ride. You can not have it both ways bud. I kept ripping out derailleurs, changed the way I ride and where I ride and I don't rip off derailleurs anymore - I never blamed the derailleurs.

Honestly your problem is probably attitude. Socket Oct 18, at BornOnTwo : yep, flat tyres are a result of attitude. That's a great attitude in itself. I spent literally the past 15 years trying out various alternatives tubeless, tubes, wide rims, narrow rims, heavier tyres, lighter tyres and the end result was that tubeless never worked very well for me no matter what casing I ran, and that tubes, in spite of their many faults, were better overall.

Meanwhile you're "trying to help" by making ridiculous suggestions like running 60psi and saying I'm the one with a bad attitude? Ok then. You seem to have forgotten that the original selling point of tubeless was "You can run lower pressure and not get flats" - which is just patently untrue, especially if you can actually corner. It's basically this simple: given that I prioritise descending over climbing for the most part, why would I bother with tubeless if I had to run higher pressure not to get flats than I have to with tubes?

BornOnTwo Oct 19, at Socket : I run both tubeless and tubed. Yup I run tubes and higher pressure on my DH bike 35psi max, rolls faster too, not that many issues with grip on the descents or obviously no burps but you need softer tire material I still shredded a front tire on some sharp rocks, had nothing to do with the tube. My "climbing" bike I run tubeless way lower pressure 20 front and 28 rear max. I have multiple bikes so I really don't need one to do everything or tire to do everything. It works for me and I have only destroyed two tires in two years JoeRSB Oct 15, at Yeah pinkbike vittoria how much DOES it weigh?

Reasonable questions and positivity don't always go as far as they should around here. Followed immediately by my accidentally clicking the downvote button when trying to click the upvote. I do however support your comment. I usually figure if it was lighter than tubeless and other options they would be throwing that in your face. No mention of comparable weight means it's heavier.